Gayndah and Mundubbera are known as Australia’s citrus capitals, although the two towns are rivals for the title.

In Gayndah you’ll find something from the collection of Australia’s ‘big things’ - The Big Orange. Incidentally, it's also the town’s Information Centre, so it’s pretty useful to visit. In Mundubbera, however, you’ll find The Big Mandarin.

You can see where this is going.

The Rugby League teams of Mundubbera and Gayndah play off in the ‘State of Oranges’, a pun on the wildly popular State of Origin series between New South Wales and Queensland.

With the friendly rivalry in mind Gayndah and Mundubbera have a lot to offer travellers, each town is always trying to outdo the other and the result is a win-win for travellers. Check out this list below for ideas on what to do.

Gleneden Organic Farm, located on a picturesque stretch of country near Gayndah is home to organic farmers Rohan and Fiona Morris and their working bullock team. Call in to enjoy farm tours, organic food and produce all while enjoying the scenic setting.

Bugs for Bugs is a curious attraction, a research company specialising in the production of beneficial predatory bugs, helping farmers combat pests around the world. To visit the Insectary, call ahead and book a visit Phone: (07 4165 4663).

Beautiful Betsy Replica at the Historical and Cultural Complex is a replica Liberator of the 528th bomb Squadron which went down in February 1945.

Join in on the harvest! Picking fruit and helping farmers with the harvest can be a great travelling job for those who on a working holiday. The best times to search for positions are during the harvesting seasons as such:
January for Mangoes
April to September for Citrus
June to July for Grapevine Pruning
August to May for Asparagus
November to December for Grape Picking

Check out the Mundabbera 'Big Mandarin' - worth checking off the list of Australia's 'Big Things'. 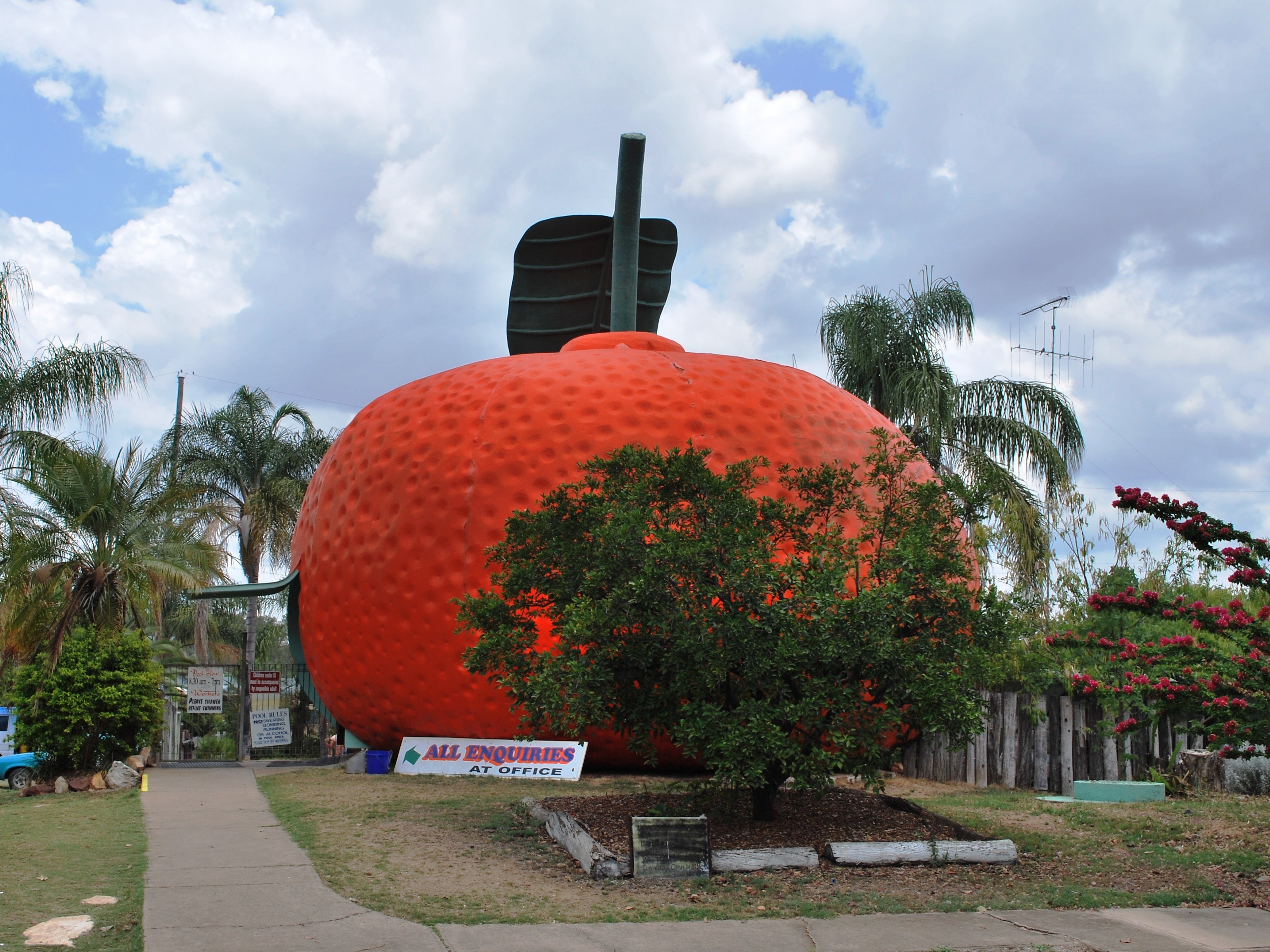 In Gayndah, the Teddy Bear Cottage is on the list becasue their teddy bear collection is pretty legendary - find them on 10 Oxford Street in Gayndah.

Mingo Crossing Caravan and Recreation Park is a hidden gem located between Mount Perry and Gayndah. Set along the banks of the Burnett River, upstream from Paradise Dam, it’s a rural paradise.

Paradise Dam itself is another great spot for camping and caravanning in the gentle Ausralian bush.

Mundubbera Gallery and also the Museum are great little destinations.

Learn bush skills at the RM Williams Australian Bush Learning Centre. Discover the spirit of life in the bush, not only the story of RM Williams but his profound respect for the Aboriginal people. Learn bushcrafts, leather work, silversmithing, blacksmithing and the arts and crafts while there.

The nearby Auburn River National Park, where three rivers meet, features a wild and impressive river channel which is ripe for camping, fishing and waterborne adventures.

Mundubbera Golden Mile Orchard - a popular orchard and reputedly the largest citrus orchard in Australia, named for the ‘Golden Mile’ rows of trees. Tours run from April to September where you get to see the packing sheds and sample some of the produce.

The big Water Tank Mural in Mundubbera is worth popping by to see, depicting the meeting of the Boyne, Auburn and Burnett rivers which defines the natural landscape of the region.